Jack the Ripper gets advertised as the world’s first serial killer. Any book about the phenomenon of serial killing has to include a mention. Granted, most of them argue that he’s not really the first – just the first to get such widespread media coverage – but he’s known by the title, anyway. So who’s America’s first (media-reported) serial killer?

Please meet H. H. Holmes. If you did actually meet him, though, sometime between his birth in 1861 and his execution in 1896, he might not have given you that name. He was born Herman Webster Mudgett and didn’t adopt the Holmes name until he’d completed medical school at the University of Michigan and then moved away from home (and his first wife).

His habit of changing pseudonyms actually makes it all the easier to distinguish his wives. Holmes married new ones without divorcing the old ones, so at one point there were women thinking they were Mrs. Mudgett, Mrs. Holmes, and Mrs. Howard. Mrs. Howard testified at his murder trial, although she’d found out about the other two by then and reverted back to being Miss Yoke.

Holmes was hanged for a single murder: that of his friend Benjamin F. Pitezel. Pitezel thought he was in for an insurance scam. He moved to Philadelphia and opened up a patent shop using a pseudonym. The plan, as far as Pitezel understood it, was that Holmes would procure a cadaver – a relatively easy endeavor for someone who had been to med school and might have done a few shady dealings to get medical samples – and use it to fake Pitezel’s death. The two men would collect the $10,000 life insurance on the pseudonym and happily split it.

Unfortunately for Pitezel, Holmes wasn’t going to stick to the plan. A body was discovered in the patent shop and initially identified as the pseudonym, but Holmes and one of Pitezel’s children, fourteen-year-old Alice, attended a disinterment and identified the man as Pitezel. (Mrs. Carrie Pitezel was ill and could not go herself, and she needed her eldest daughter, Dessie, to help her with the baby.) Then, after Alice had made the statement that her mother was indeed a widow, Mrs. Pitezel sent her next two children, Nellie and Howard, to meet up with Holmes and Alice while she went to visit her parents. Throughout the next complicated steps, Alice, Nellie, and Howard traveled together, and Carrie, Dessie, and the baby were in a separate group.

Holmes began moving these two groups, along with his third wife – Mrs. Georgiana Howard – all throughout the midwestern United States and even into Canada. He had to control all of them and make sure they didn’t run into each other. Georgiana had no idea that the other two groups even existed. Carrie believed that she would be reunited with her husband at the next city, and Holmes kept telling her that the police had spotted them and that’s why they had to keep moving. It’s unknown what he told the three children, but by the time the police did catch up with them in Boston on November 17, 1894, Alice, Nellie, and Howard were nowhere to be found. Holmes was arrested, and so was Carrie Pitezel, on suspicion of insurance fraud. She was utterly confused and kept demanding to know where her children were.

The answer to that question wasn’t uncovered until the following summer when Detective Frank Geyer finally managed to trace Holmes’ convoluted backtrail, including his many pseudonyms, to two rented houses. The girls had been killed and buried in a house in Toronto; Howard had been killed and stuffed up a chimney in a house outside of Indianapolis. 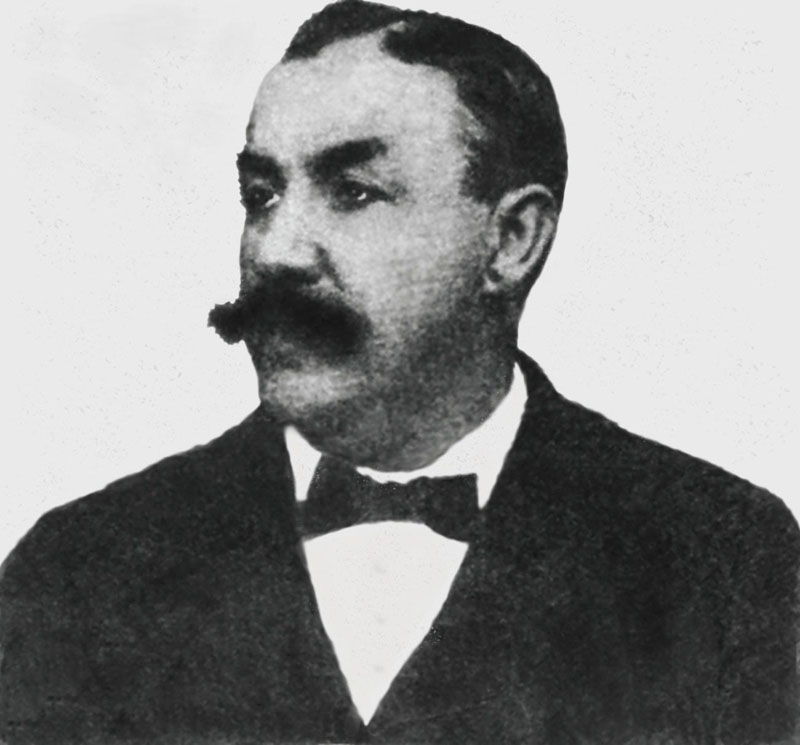 Detective Geyer made use of the newspapers in his search of the various cities so that he didn’t have to keep explaining himself to various realtors. In Toronto, he gave an interview to numerous reporters so that the story of Holmes and the three children became front-page news. After this, he only had to walk in for the realtor to tell him no, he had never rented to anyone matching Holmes’ description – or that yes, he did indeed remember a man using Holmes’ favorite cover story. Geyer was able to speed through his list of realtors and find the house where Alice and Nellie had been killed.

But the newspapers play another major role in this story because Holmes, sitting in prison, had access to them, too. He heard the commotion outside of the prison after the girls’ bodies were discovered and immediately called for the papers. By the time someone came to grill him about the discovery, Holmes already knew about it … and had used his time to prepare a story.

6 thoughts on “Who was America’s first serial killer? Part I”