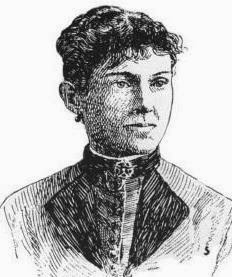 Last week we took a look at another pair of Holmes’ claimed victims, named in his confession of 27 murders. Minnie and Nannie Williams were sisters. This week we’re looking at a mother and daughter: Julia and Pearl Conner. They, like the Williams sisters, are very likely true victims of “America’s first serial killer.”

Julia’s husband, Ned, worked at the jewelry counter of the pharmacy in Holmes’ building, which explains how their paths crossed. Holmes and Julia began an affair, and eventually Ned simply left his wife and their daughter. Julia and Pearl remained at Holmes’ hotel, although it wasn’t long before no one heard from them again.

The usual date given for their murders is Christmas Eve, 1891. Julia is meant to have told Holmes that she was pregnant with his child and, not knowing that he was already married, demanded that he make her his wife. Holmes supposedly agreed to marry her as long as she would allow him to perform an abortion.

Julia did not live through the operation. It is possible that Holmes used the abortion as cover for his murderous plans, or that something went wrong and she died when he didn’t intend it. Certainly during his very last confession, given on the scaffold, Holmes admitted that two of his patients died as the result of an illegal operation. One of them may well have been Julia Conner. But what of her daughter? 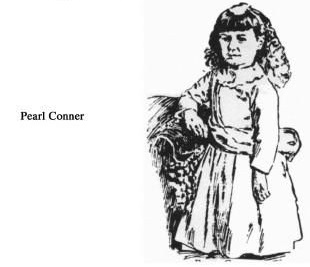 The order of events is fuzzy and might go a long way to answering whether Julia’s death was intentional. In his newspaper confession, Holmes says that Pearl’s death was due to poisoning, and that Pearl died after her mother. In Holmes’ confession Julia is his third victim, and Peal his fourth – although apparently there was an accomplice in this case.

Holmes writes of a couple who not only wished to save Pearl, but to give the young girl to their elderly parents so they could raise her. They were the ones who actually gave Pearl the poison, although Holmes personally insisted on it. He “believed the child was old enough to remember of her mother’s sickness and death” and so, in time, Pearl might have said things that would have incriminated Holmes.

Aside from this mention of two guilty accomplices, Holmes also takes care to mention that, due to the suddenness of Julia’s death, he was unable to gain possession of some property she apparently owned. Ever solicitous, and at the time of printing two weeks away from his date with the noose, Holmes writes that he will be sure this note is passed to Julia’s relatives, who have more need of it than he does.

Then again, this is the same man who, earlier, stated that Pearl was off with other relatives until she was old enough to speak for herself and therefore out of danger. The same man who claimed the girl was alive could easily lie about money and property, although his usual MO did indeed seem to be to secure such things before committing murder.

Was Julia Conner’s death an accident, or did Holmes poison Pearl before her mother’s “operation” was even set to begin? Were the human remains discovered in the basement of the building actually Julia’s? It seems likely that Julia and Pearl Conner, like Minnie and Nannie Williams, were indeed victims of “America’s first serial killer,” but some things will never be known for sure.